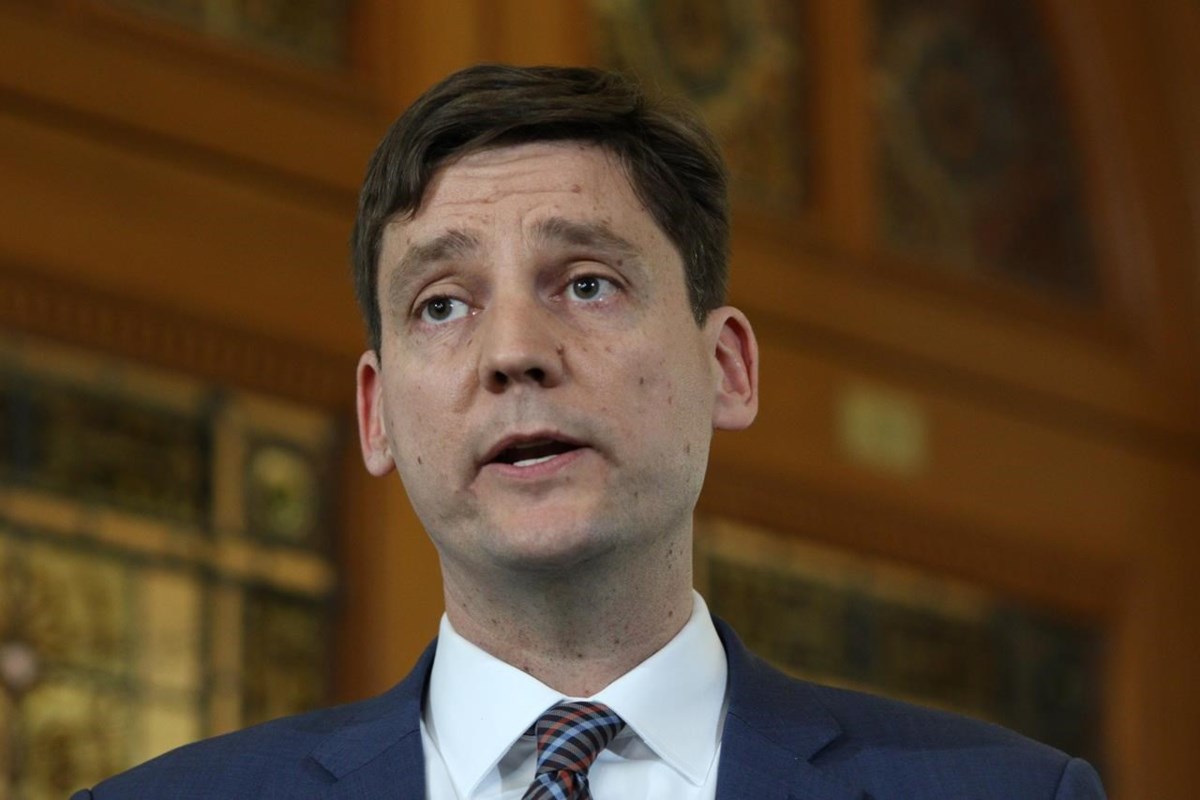 VICTORIA — The British Columbia government is investing $2 billion in a low-interest loan program for builders of affordable housing.

VICTORIA — The British Columbia government is investing $2 billion in a low-interest loan program for builders of affordable housing.

Housing Minister David Eby said Thursday the funding will be available to private developers and community groups through the provincial HousingHub program, a division of BC Housing.

The funding will target projects for renters and buyers with an average household income of $75,000.

Eby said the loans will be provided at below-market rates and in return developers will pledge to pass construction savings on to residents through more affordable rents and housing prices.

The loans will be repaid once construction is complete, allowing HousingHub to reinvest in more units, he added.

Finance Minister Selina Robinson said the funding was part of the 2021 budget, which will be unveiled in full next week.

“For too long, housing in British Columbia has been viewed as a commodity and a tool for creating wealth, rather than a basic necessity of a home,” said Robinson, who was housing minister before assume the finance portfolio.

“The simple truth is that affordable housing changes lives.”

To ensure savings are passed on to residents, each developer must make a 10-year affordability commitment. The agreements signed are unique to each project, Eby said.

Financing rates will depend on factors such as the developer’s credit rating and its relationship with banks, he said.

BC Housing has already received about 90 applications from builders seeking a loan, he said.

“There’s a lot of demand and competition for funding,” Eby said.

Applications will be prioritized based on maximizing affordability, such as the number of units and the unit price offered to tenants or buyers, he said.

Developments will also be assessed from a geographic perspective to ensure program benefits are felt across the province.

“There really isn’t a community in our province that isn’t dealing with some aspect of the housing crisis, even though it looks different in different communities,” Eby said.

Paul Kershaw, associate professor at the University of British Columbia’s School of Population and Public Health, said HousingHub is a positive and important program.

The program has seen private developers partner with non-profit organizations to provide the housing, which is an effective way to ensure the supply is affordable for middle-income households, Kershaw said.

But the increased supply would need to be complemented by other policy measures if the government is serious about curbing the escalating housing market, he said.

“Anything that is built and offered again in an environment where … house prices continue to rise on average will erode the affordability that the provincial government is aiming to achieve by offering these low rate loans. of interest,” he said.

Complementary measures could include similar low-interest loans aimed at bolstering other parts of the economy, such as small businesses, he said.

British Columbia is in an unhealthy situation as 18% of BC’s economy is made up of real estate rental and leasing, but only 2% of the population is employed in this sector, Kershaw said.

“It’s a huge gap and therefore that’s why there’s a lot of growth in this industry, but it’s not generating revenue that’s spread across a whole bunch of people,” he said. .

The party pointed to a report by the BC Real Estate Association which found the average home price in the province rose 20.4% last month compared to the same period last year. At the same time, active residential listings fell 24.4% as housing supply fell to the lowest level in decades, he said.

“It is clear that the NDP’s so-called affordability solutions have had no meaningful effect on the housing market,” said housing critic Ben Stewart.

“Young British Columbians are still seeing their dreams of home ownership slip away as this government takes an undeserved victory lap.

— By Amy Smart in Vancouver.

This report from The Canadian Press was first published on April 15, 2021.

Keeping Up With Online Lenders – Three Ways Banks Can Compete