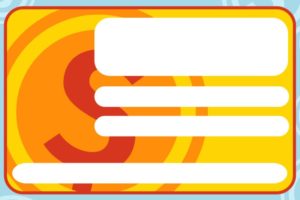 Hites, a Chilean department store, delivered the latest sign of FacePhi’s expansion into the Latin American market. The chain of stores chose to use FacePhi’s biometric selfie-embedding technology to allow customers to apply for a credit card online.

Customers interested in a “Hites Card” will need to submit photos of the front and back on an ID, as well as a selfie. FacePhi’s technology will then match the customer’s face to the photo ID, reliably verifying the customer’s identity without any in-store interaction.

It’s an approach to remote onboarding that has been adopted by a wide range of organizations, particularly in the financial services industry, and has contributed to FacePhi’s considerable success, with the company reporting a booming business in recent years. FacePhi has established a particularly strong presence in the Latin American market and recently announced the opening of a new subsidiary focused on LATAM to help capitalize on this momentum.

Based in Montevideo, Uruguay, the regional office is led by FacePhi CRO Jorge Sanz and aims to serve clients in Argentina, Bolivia, Chile, Paraguay and Uruguay. Given this mandate, the Hites project seems to be a first victory for the FacePhi LATAM team.

“It is a satisfaction to consolidate our presence in Chile hand in hand with a historical company such as Hites, whose initiative in the digitalization process will mark the path of the financed retail industry for years to come. “, commented Sanz.

The LATAM region is of course not the only source of activity for FacePhi. The company opened an office in South Korea to focus on the APAC market in spring 2019 and won new business in the region. Meanwhile, FacePhi continues to solidify its position in its home country of Spain, having recently achieved Pinakes certification, which essentially allowed its technology to be used by any bank in the country without the need a special security audit; and certification with respect to Spain’s National Security Framework, or “ENS”.

Loan sharks: the FCCPC will introduce a regulatory framework for online lenders