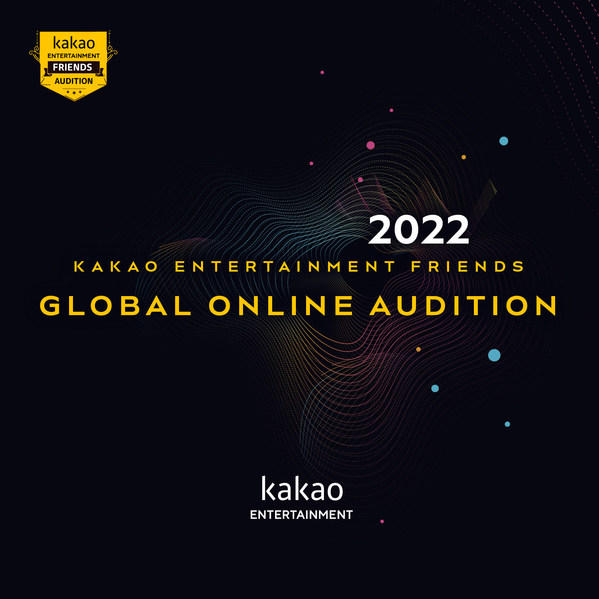 Seoul, South Korea, August 16, 2022 /PRNewswire/ — Representing popular K-pop artists such as Monsta X, IVE and The Boyz, Kakao Entertainment is is set to hold a series of auditions around the world to discover the next generation of K-pop idol groups and singers.

Starting with North America In August, the company will accept applications for the “2022 Kakao Entertainment Friends Global Online Audition” and welcome applicants from new markets every month until January.

The application dates for each market are as follows: until August 31 for North America; the month of September for China; october for Asia (excluding China and Japan); november for Japan, December for Oceania; and the month of January for Europe.

Kakao’s Friends Audition brings together Kakao Entertainment’s subsidiary labels such as Starship Entertainment, IST Entertainment, and more, to unearth promising talents for the K-pop industry and provide more opportunities for up-and-coming artists. to world stardom. Some of the company’s well-known K-pop idols currently active on the global stage were discovered through this program.

The audition is open to all applicants, regardless of age, gender and nationality. Those wishing to apply can visit the audition website (https://audition.kakaoent.com) during their respective application windows and select the talent they wish to showcase, including singing, dancing and rapping. .

The first round of auditions will take place online via video and photo reviews, and the second round will take place via one-on-one video calls. Artists who make it through to the final round may have the option of signing an exclusive contract with Kakao Entertainment or its labels as a trainee or artist.

Kakao Entertainment provides a complete entertainment experience for webtoon, TV/movie and K-pop fans around the world. Based at Seoul, Korea, Kakao Entertainment has a well-diversified business portfolio across three divisions: Story, Media and Music. It holds over 10,000 original web comic and web novel IPs, which are provided through its major platforms such as Kakao Webtoon and Tapas. Kakao Entertainment’s media division has an extensive network of production studios, directors and writers for TV series/movies and has some 150 internationally acclaimed actors under his direction. Its industry-leading music business is home to Melon, Korea’s No. 1 streaming platform, and has a roster of star-studded K-pop artists under its multi-label management system. Kakao Entertainment is affiliated with leading Korean technology company Kakao Corporation.