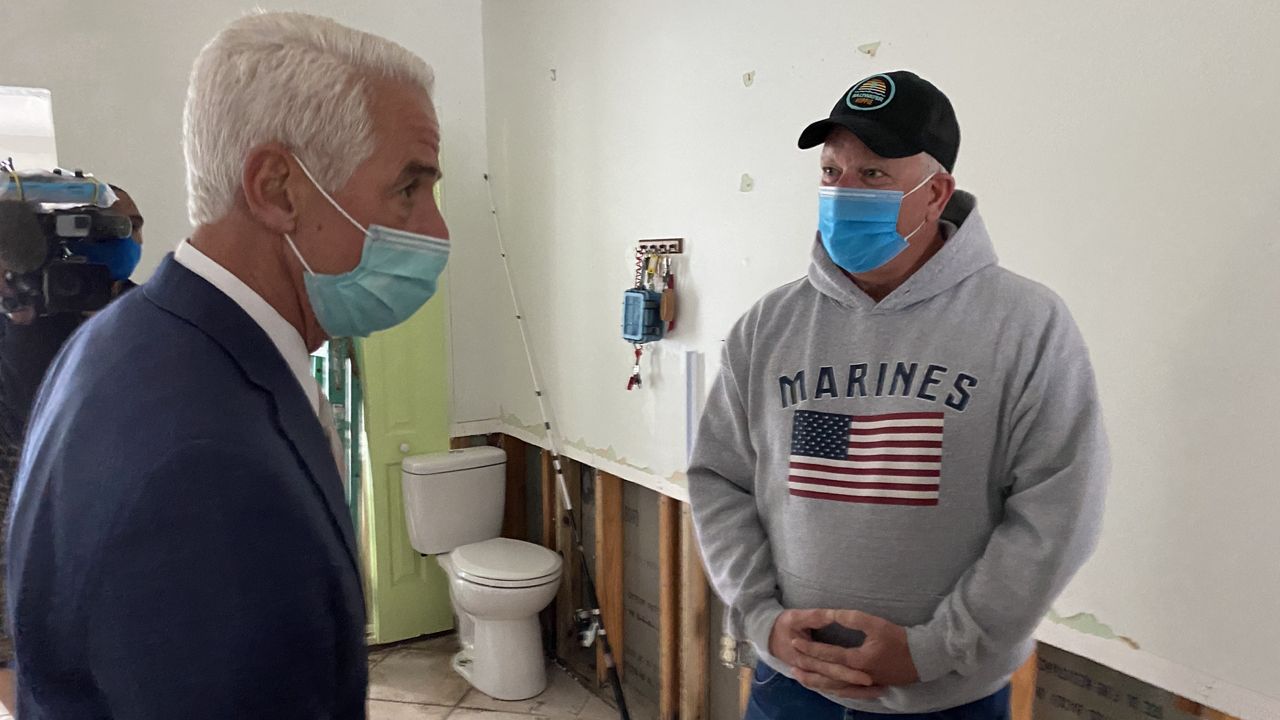 Bay Area residents and businesses affected by Tropical Storm Eta can start applying for low-interest loans from the US Small Business Administration, according to US Representative Charlie Crist (D-St. Petersburg)

On Monday, Crist visited the Pifer family home which was devastated last November by Eta. The city estimates that 360 homes were inundated by the five to seven foot storm surge, and 50 of those homes are due to be demolished.

â€œWe just haven’t been forgotten,â€ Doug Pifer told Spectrum Bay News 9. â€œThere’s someone out there trying to help usâ€¦ It means a lot.â€

The community did not receive much support from the federal government because the storm was not declared a disaster at the time. Congressman Crist sent a letter to Governor Ron DeSantis urging him to seek this declaration.

â€œWe have asked the administration to request a disaster declaration from the Federal Emergency Management Agency,â€ Crist said. “It was granted just a few days ago, actually.”

The program offers businesses up to $ 2 million with interest rates as low as 3%.

Homeowners can get loans of up to $ 200,000 to repair or replace damaged real estate with an interest rate of 1.125% percent. Homeowners and renters are eligible for an additional loan of $ 40,000 to replace their personal property.

The low interest loans will help the Pifer family whose house is considered a total loss because more than 50% of the value has been destroyed. The family said the city estimated it would cost $ 197,000 to build a new home, but despite a $ 250,000 flood insurance policy with Wright Insurance, the company offered to pay only 42,000. $.

â€œAt least now we have an option to close that gap and do something to get into our house,â€ Pifer said. “The fact that Congressman Crist is here to help people get home is a big deal.”

The filing deadline for returning property damage claims is March 29.

The deadline for returning claims for economic harm is October 28.