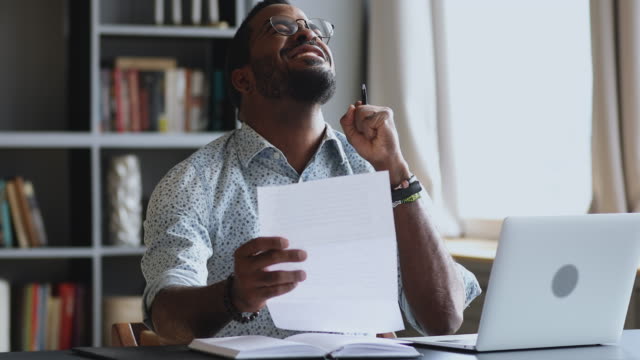 What do you want to know

The Biden-Harris administration issued an email to borrowers on Thursday, letting them know what to expect as applications for student debt relief open in October.

In what the administration called the first of “regular updates” to borrowers, the email detailed the application process and reminded recipients of their eligibility.

The application will be a short online form and applicants will not need to upload any documents or use their Federal Student Aid ID (FSAID) to apply.

Although the email did not specify when exactly in October the application for student debt relief will open, it noted that the application window will remain open for more than a year: from October 2022 to end of December 2023.

In total, borrowers are eligible for $10,000 in federal student loan forgiveness, plus an additional $10,000 for borrowers who received Pell grants to attend college.

“Borrowers are eligible for this relief if their individual income is less than $125,000 or $250,000 for households,” the Biden-Harris administration said.

The email added that once a borrower submits their application, the FSA will review it and determine the applicant’s eligibility. The agency will work with the borrower’s loan manager to process the relief and will contact the borrower directly if more information is needed.

Notably, around 8 million borrowers will not have to do anything to receive their aid, as the US Department of Education already has their relevant income data.

To be notified when applications open in October, request email updates at United States Department of Education website.

“Our goal is to provide borrowers with a seamless and simple experience, working closely with the services that will actually process the relief,” the administration said.

Thursday’s email update comes months after Biden made the historic announcement to cancel student debt in August. And it comes just over a month before the midterm elections, when the popularity of the student debt relief plan will be tested.

The student debt relief plan not celebrated by all

Some on the left have criticized the plan for not going far enough to eliminate the heavy debt of a generation of Americans.

With the cost of a college education rising astronomically over the past two decades, 40 million Americans combined owe approximately $1.7 trillion in student debt.

For months, progressives have urged Biden to forgive $50,000 or all of student loan debt to stimulate economic activity and support working families. And a Brookings study notes how student loan debt contributes to the racial wealth gap between black and white Americans.

“It’s time we made higher education accessible and affordable for everyone, because we all deserve to pursue the American dream, regardless of race, ethnicity, income or family,” said Shadelle Gregory, partner at the Fitzhugh Mullin Institute. wrote for the Hill in August.

Meanwhile, Republicans have argued that it’s an unfair decision that will contribute to higher inflation.

In mid-September, nearly half of the country’s governors, all Republicans, signed a letter to President Joe Biden asking him to withdraw his plans to cancel student loan debt, according to NPR.

“College may not be the right decision for all Americans, but for students who took out loans, it was their decision: capable adults and willing borrowers who knowingly agreed to the terms of the loan and agreed to go into debt in exchange for taking classes,” the letter reads. “An expensive degree isn’t the key to unlocking the American Dream – hard work and personal responsibility are.”

Lawsuit filed against the emergency services

In the first major challenge to the plan, a public interest attorney filed a lawsuit against the relief. Plaintiff Frank Garrison complained that by receiving student debt relief, he will be forced to pay taxes on the amount that will be forgiven, CNN reported.

Still, some legal experts have dismissed the lawsuit, saying that since the plan allows borrowers to opt out of relief, the lawsuit is flawed and irrelevant.

It remains to be seen whether other last-minute attempts to block relief will pass.

In addition to extending the last payment break until October 31 and providing up to $20,000 in relief, there are other notable changes to the plan.

For new borrowers and those with balances in excess of the relief, borrowers will only be required to make monthly payments at or below 5% of their Discretionary Income, as opposed to the previous rule of 10%. It also increases the amount of income that can qualify as non-discretionary to ensure that no borrower earning 225% of the federal poverty level, or about $15 an hour, has to make monthly payments on their loans.

Additionally, the US Department of Education will now cancel loans for borrowers who make regular payments after 10 years instead of the previous 20-year rule. And, perhaps most importantly, the Biden-Harris administration is taking steps to cover the borrower’s unpaid monthly interest, ensuring that no one’s loan amount will increase as long as they make their payments.

“We have confirmed that graduate student borrowers will be included in this cancellation,” said Jessica Thompson, vice president of the Institute for College Access and Success. “Again: same income thresholds, same amounts.

Central Bank of India Recruitment 2022: Applications Invited for 110 Positions till Oct 17 at centralbankofindia.co.in; Here’s how to apply